Beware These Signs You May Have a Plumbing Leak 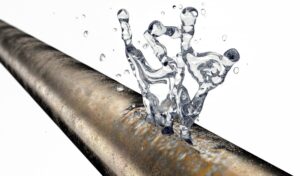 If we asked you to name a time you saw someone discovering a leak when a rainstorm hit, and the leak was coming from a super obvious location like the middle of the ceiling, you would probably say “in a movie,” or “in a TV show,” right? That’s because this isn’t usually the reality of a leak.

Most plumbing leaks are a lot more subtle than that, and hidden. The problem is, though, that even though they seem subtle, they can do a lot of damage before they become obvious. Instead of having a little hole in your roof to patch up after a rainstorm, you could have thousands of dollars in drywall and flooring to replace after a slab leak or a leak behind a wall.

We don’t say this to panic you, but rather to stress the importance of knowing the warning signs to watch out for that indicate you do in fact have a plumbing leak. Read on to find out what they are!

An Increase in Your Water Bills

Have you noticed that no matter how careful you think you’ve been lately about your water use, that your water bills are rising anyway? No, this probably isn’t a plot by your municipal water district. It’s typically a warning sign that you have a leak somewhere in your plumbing system.

A Decrease in Water Pressure

If we’re talking about a slow decline in water pressure over a matter of weeks or months, then what probably is happening is that you have mineral deposits building up in your pipes due to hard water. This is still a problem, and can be resolved with the installation of a whole-house water softener.

But if it’s a sudden drop in your water pressure, unless you know that the city was working on the main water line you’re probably dealing with a burst pipe and a leak. This is considered an emergency plumbing situation, and you should call our team right away to mitigate any further damage.

The Sound of Running Water with No Taps On

If you have no taps on, no plumbing appliances on, and you don’t live right next to a creek, stream, or beach—you shouldn’t hear water running. If you do, it’s a sign that water is coming through a pipe, potentially beneath your slab or behind a wall.

Turn off all the water taps and plumbing appliances in your home. Is your water meter still running? This is a definite sign that you have a leak.

The Smell of Mold Or Mildew

When there is too much moisture and humidity in your home, it encourages the growth and development of mold and mildew. While this problem can be caused by outdoor sources—literally, it could be too humid outside—it could alternatively be that a plumbing leak has introduced moisture to your home that’s led to the growth of mold and mildew behind drywall or even under your carpet.

For professional help with your plumbing in Ballwin, MO, contact Performance Plumbing today.

Service Throughout St. Louis and St. Charles Counties, Since 1991

Do we serve your area?

Call us immediately for urgent problems.

Where to Find Us